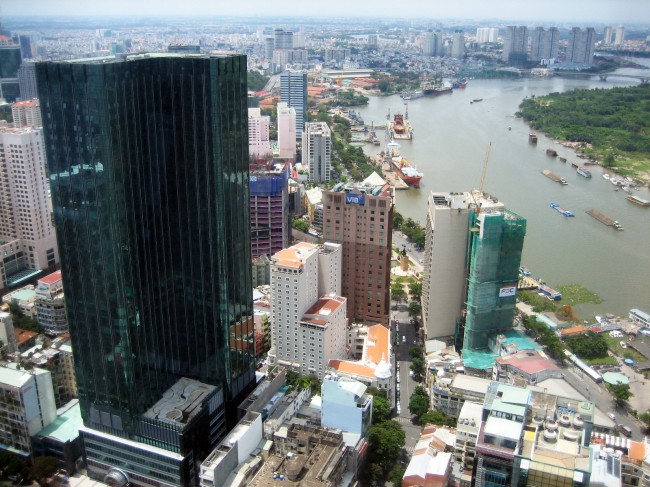 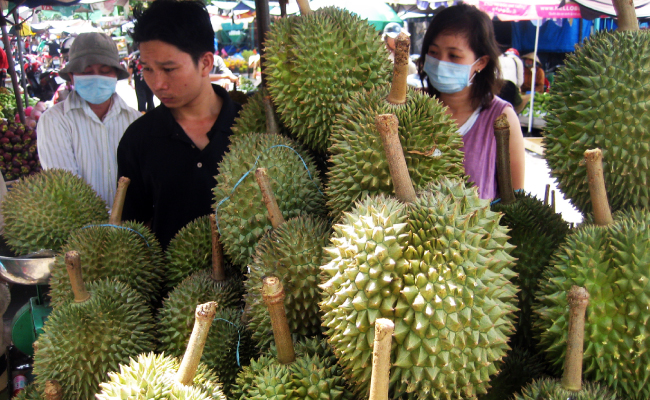 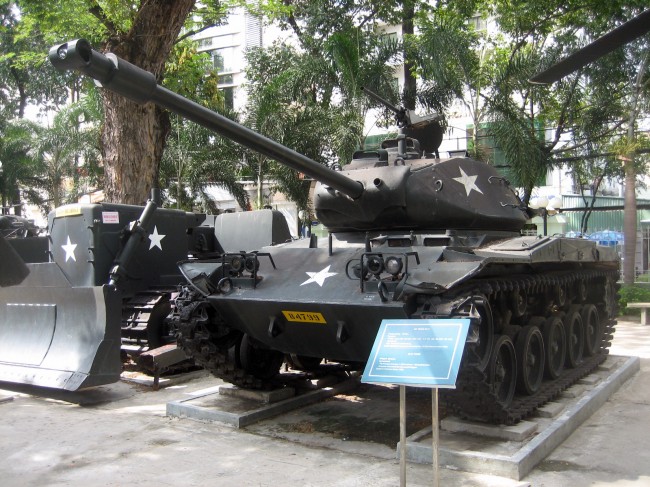 From the 49th floor skydeck of the sleek 68-storey Bitexco Financial Tower, Ho Chi Minh, formerly Saigon, looked very much like a  city on the move.

When I was last here, in 1998, Ho Chi Minh had a uniformly low skyline, seemed ragged at the edges and was still in the process of recovering from a long and costly war, which ended with the reunification of Vietnam.

Many buildings, including graceful villas from the French imperial era, were in a state of disrepair. Bicycles and motor scooters were the prime forms of transportation.

From the enclosed observatory in the lotus-shaped Bitexco tower, the only class-A structure in the entire country and a symbol of Vietnam’s progress and potential, the city seemed to have blossomed.

As I walked around the skydeck offering stunning panoramic views, I marvelled at the profusion of shiny glass-and-steel skyscrapers, a testament to Vietnam’s growing prosperity and status as an up-and-coming Asian economic behemoth.

Down below, in the usually clogged streets of this effervescent and pulsating metropolis, there was additional evidence of Vietnam’s steady march from underdevelopment to modernization.

Few Vietnamese were using bicycles or rickshaws, throwbacks to the past, and the scooter had become the king of the road. There are probably more scooters per capita in Vietnam than in any other country, and Vietnamese  have taken to them with a passion, nonchalantly weaving in and out of the traffic like swarms of buzzing bees and dodging pedestrians with aplomb.

In yet another sign of the changing times, cars are no longer a rarity, though the vast majority of  85 millionVietnamese still cannot afford them.

Elegant European name-brand shops, as well as fancy air-conditioned malls coated with Italian marble, have sprung up, attracting a new class of Vietnamese movers and shakers who appear to have little in common with the country’s ruling communist elite. And two of the city’s finest colonial-style hotels, the Majestic and the Grand, have been beautifully renovated and restored to their old grandeur.

The Rex, a hotel synonymous with the Vietnam war, has been spiffed up to a high sheen. During the 1960s and 1970s, foreign correspondents attended daily military briefings on the war at the Rex and ordered meals and drinks on its roof-top terrace. Nowadays, the Rex is frequented by well-heeled tourists.

The legacy of the war is writ large in Ho Chi Minh today.

The Reunification Palace, once the seat of presidential power in South Vietnam, is a major attraction. Finished in 1966 after four years of construction, and set on spacious manicured grounds, the airy white palace is a kitschy time warp of dated furniture, faded carpets, solemn oil paintings and potted tropical plants. It boggles the imagination that life-and-death decisions made here affected not only Vietnam but the whole of Asia.

The palace’s dank basement contains a jumble of vintage radios, telephones and office equipment. Tucked into a dark corner is a surprising item – a white Mercedes sedan that was at the disposal of the nation’s president.

Two tanks, a Chinese and a Russian one, stolidly stand guard near the main gate, their barrels pointing upward. On April 30, 1975, they crashed through the barrier, signalling North Vietnam’s victory over South Vietnam and its allies and paving the way for reunification.

A few streets away is another remnant from the war, the roof of an unremarkable and dilapidated building where a group of Vietnamese civilians loyal to the pro-American South Vietnamese regime frantically boarded a U.S. helicopter to escape the wrath of  the victorious North Vietnamese army. A quick-witted photographer took a picture of the scene, one of the most iconic of the war.

The War Remnants Museum leaves a much stronger impression. Opened only five months after the fall of South Vietnam, it honours the fighters who risked their lives for the North Vietnamese cause, the political leaders who struggled against the American “war of aggression,” and the ordinary folks who were caught in the deadly crossfire.

The courtyard of the museum is littered with captured American military booty, from fixed-wing aircraft and helicopters to tanks and flame-throwing vehicles.

On the first floor is an exhibit of photographs, posters and documents attesting to the international support North Vietnam garnered in promoting its case.

The upper two floors are given over to exhibits on Agent Orange and its horrific effect on Vietnamese civilians, the fearsome weaponry deployed by the United States, the reconstruction of Vietnam after the post-1975 period and the wartime leadership of Vietnam under Ho Chi Minh, or, as he is affectionatelycalled here, Uncle Ho.

On the lighter side, Ho Chi Minh has plenty to offer a visitor.

Vendors, though friendly, accost visitors in a blatant and persistent attempt to close a sale. At a hole-in-the-wall stall, a young voluble woman speaking passable English cajoled me into buying two knockoff Ralph Lauren jersies for only $10.

Cholon, Ho Chi Minh’s Chinatown, is noisy and chaotic. Its vast indoor market, a maze of narrow lanes, is pungent with the heady whiff of fermented fish and ripening tropical fruits.

On the congested, sun-scorched streets, scooters whiz by, leaving noxious fumes, and hawkers sell fruit, vegetables and live chickens in cages or running free. On a whim, I sampled the fleshy white pulp of a green spiky durian fruit, but found it wanting.

At night, Ho Chi Minh is ablaze with flashing neon lights and swollen by strollers seeking relief from the humid heat. Relief can be found in cafes where you can linger over a fruit smoothy, sip a milkshake, bite into a cold ice cream bar or quaff a cold beer.