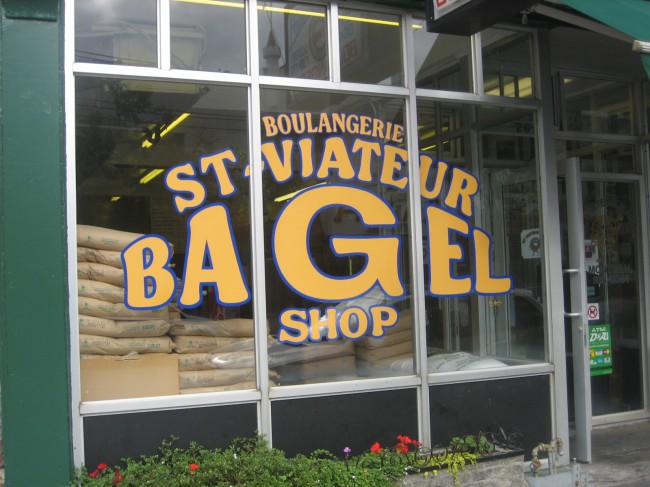 The best bagels in town 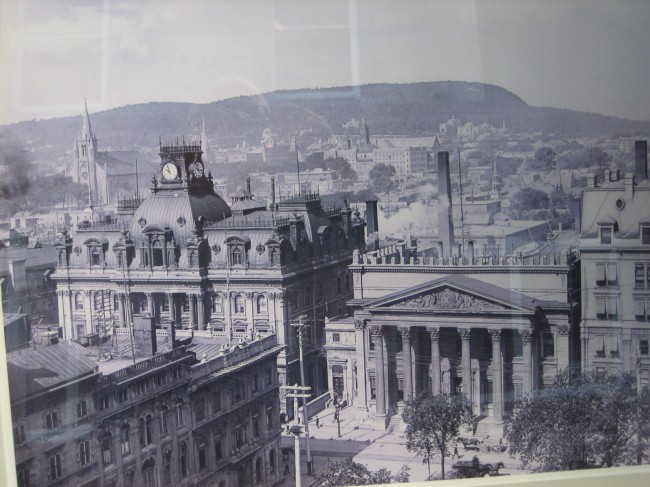 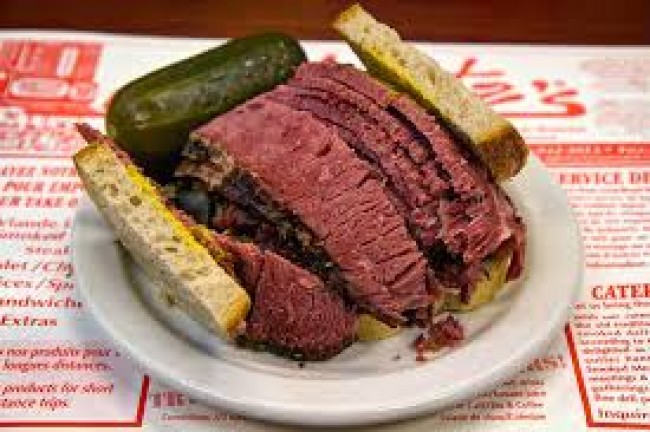 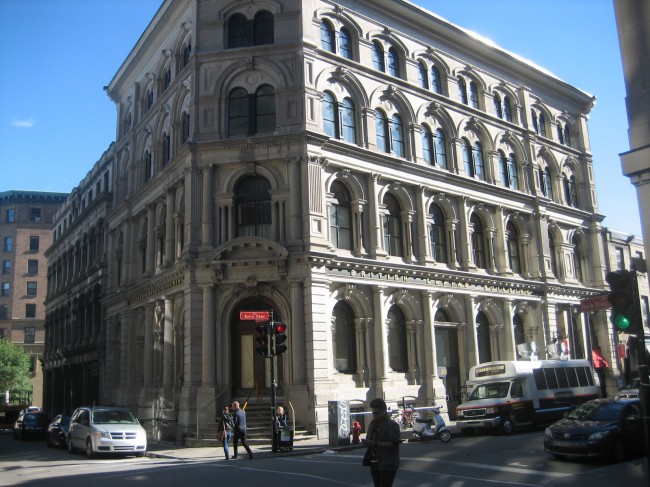 I returned to Montreal last month after an absence of more than a year. Montreal, for me, is not just a destination but a place of memory. I was raised in Montreal and spent my formative years there. But after leaving in 1969 to study at the University of London’s School of Oriental and African Studies, my connection with Montreal grew increasingly tenuous.

My decision to settle in Toronto, after spending two and a half years in Israel, distanced me even futher  from Montreal, which I had always liked despite the French-English language wars.

In the past three decades, I’ve visited Montreal only a few times. Now that my parents and two sisters live in Toronto, I have little reason to visit. Yet the city draws me, and that`s why I found myself  in Montreal yet again recently.

My Montreal is confined to a few neighborhoods: the Park Ave.-St. Laurent-St. Urbain district, Mt. Royal, St. Catherine St. and Old Montreal. These are the places to which I invariably gravitate to relive my youth.

We arrived in Montreal, via train from Halifax, as Jewish refugees from Europe. My parents, Polish Jews who had survived the Holocaust, rented a succession of cheap flats on St. Famille and St. Dominique streets. When I was about four years old, we moved to St. Urbain St., where we lived until we could afford to buy a new duplex off Decarie Blvd.

I grew up in the shadow of  Mt. Royal, which was only a 15-minute walk from St. Urbain. On weekends in summer, my parents and I would stroll along L’esplanade, a beautiful and sedate tree-lined street facing Fletcher’s Field and the mountain.

L’esplanade has not changed much since my childhood, though Fletcher’s Field seems much smaller today. The mountain is as magnificent as ever, an unspoiled forest, with a myriad of paths, in the heart of a great, pulsating city.

Beaver Lake is one of its beloved features. In mild weather, I would walk around its perimeter, enjoying its bucolic beauty. On cold winter days, I would toboggan down the gentle slope adjacent to the lake.

The chalet, which offers unobstructed views of Montreal and the Eastern Townships, is one of Mt. Royal’s jewels. Often, I would bring visitors up here to admire the changing cityscape.

St. Laurent, or St. Lawrence as it was once known, summons up fond memories, even though some of the shops I once cherished, a Jewish bakery and the Warshaw supermarket, are long gone. The public baths are still there, as are a handful of garment factories, Schwartz’s delicatessen and Moshe’s steakhouse.

By now an institution, Schwartz’s is special yet modest, a usually crowded restaurant where strangers share tables amid the din. The smoked meat sandwich, hot and delicious, remains a crowd pleaser. The French fries are a tad too greasy for my taste.

Moshe’s, just steps away, probably serves the city’s finest steaks. I had the pleasure of stopping by at Moshe’s two decades ago, but I have not gone back because the prices have gone through the roof.

My favorite bakery is the St. Viateur Bagel Shop, a 10-minute drive from St. Laurent. Small and unprepossessing, with two bakers always on duty, the bakery turns out the best bagels in Montreal, bar none. My favorite ones, sprinkled with sesame seeds, are heavenly.

The St. Viateur neighborhood is a redoubt of ultra-Orthodox Jews, like Williamsburg in Brooklyn. They live in close proximity to their synagogues, schools, shops and institutions. As I sat in my car one bright morning, happily munching a bagel fresh out of the oven, I watched a procession of  haredim walk by, seemingly oblivious to their surroundings.

I always enjoy walking down St. Catherine, Montreal’s lively shopping street. As a university student, I would frequent St. Catherine virtually every day, visiting its book shops and newspaper and magazine outlets.

I also like Sherbrooke St., whose fine boutiques and art galleries impart a European flavor, and Crescent St., which is filled with appealing cafes and restaurants.

Old Montreal remains an island onto itself, weathered yet pristine.

Twenty years ago, I happened to be in Old Montreal when the Russian president, Boris Yeltsin, roared through with his entourage. Standing behind a barrier, I watched a bulky figure with a mop of neatly combed white hair emerge from a guarded limousine and begin pressing the flesh like a seasoned politician on the hustings. As he approached the crowd, he shook my hand.

As a young  journalist in the mid-1960s, I worked in Old Montreal for about a year. One of my first stories was about a campaign to save Old Montreal, which was in danger of being bulldozed in the name of modernization.

Luckily, the plan was nipped in the bud by a group of concerned citizens spearheaded by the music critic of the now-defunct Montreal Star.

Thanks to his efforts, Old Montreal, with its 19th century layout, cobblestone streets, antique street lamps and exquisite buildings from the 17th to the 20th century, was preserved for future generations.