Mountaineers are under no illusions when they embark on a challenging expedition. Having weighed the risks, they know there is always a chance they may never return to their loved ones.

These thoughts doubtlessly crossed the minds of 70 climbers from 15 countries who set out to reach the summit of K2, the world’s highest mountain after the legendary Mt. Everest, in August 2008.

K2, rising 8,611 metres above the desolate frontier between Pakistan and China, was conquered by an Italian team in 1954. Many climbers since then have tried to emulate their feat, but one in four have died in the attempt. K2 is so dangerous that even seasoned climbers are in awe of it. 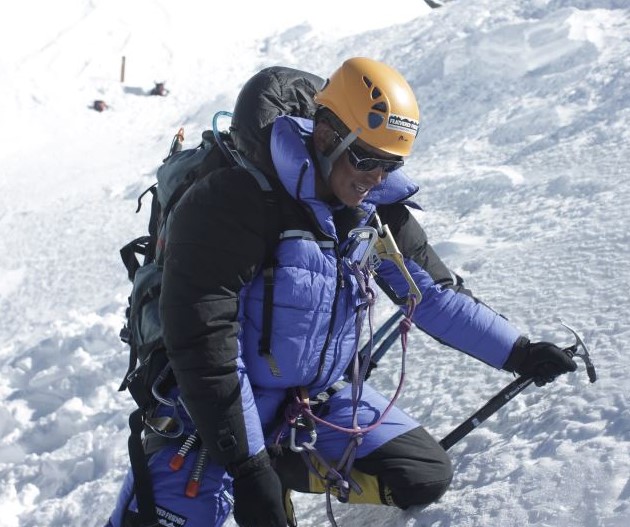 The Summit, which opened in Toronto on Oct. 25, pays homage to K2 and the mountaineers who’ve tried to scale it.

As Nick Ryan’s crackling documentary gets under way, one climber recalls its “dreadful environment,” saying the high altitude numbs your body and the thin air “eats away at you.” And as you ascend, he adds, every limb screams out in pain.

If you’re physically fit and well trained, you stand a chance to tame K2. But if you make one wrong move, you’re history, as one climber says.

On that fateful summer day five years, weather conditions were perfect as an army of climbers began to ascend K2. Eighteen made it to the icy peak, but 11 were killed during the descent.

Through thoughtful interviews and captivating reinactments, Ryan describes the tragedy, which occurred after an avalanche severed the rope guiding the climbers down the mountain.

According to an unwritten moral code, climbers do not risk their lives trying to save the injured. On K2, however, these informal rules were cast aside in some instances in 2008.

Although The Summit is enveloped in an aura of grief, it is not uniformly grim. Ryan evokes the comaraderie of mountaineers and summons up the ethereal beauty of the rugged region around K2.

The interviews are candid and quite thorough, plumbing deep well springs of emotion. The reinactments are excellent, reprising moments of unbridled joy and sheer terror.

The film leaves a viewer with conflicting feelings. K2 is awesome and majestic, yet unforgiving and treacherous.