Israel, a small country with precious few natural resources, has developed a remarkable culture of innovation that is the envy of nations.

Thanks to its technological breakthroughs, Israel is helping to feed the hungry, making the desert bloom and curing the sick, among other stellar achievements. As a result, Israel has produced more start-up ventures than Canada, India, Japan, South Korea and Britain combined.

Jack Ma, the founder of China’s e-commerce giant Alibaba Group, attested to this when, at a conference in Tel Aviv last month, he said, “In Israel, innovation is everywhere, like water and food, it’s so natural.”

Avi Jorisch, an entrepreneur with a special interest in Israel and the Middle East, explores this creative dimension of Israel’s development in Thou Shalt Innovate: How Israeli Ingenuity Repairs the World (Gefen), an upbeat primer of its contributions in an array of fields.

“Israel’s innovative success stems from a number of factors, including creating a culture that encourages its citizens to challenge authority, ask the next question, and defy the obvious,” he writes. “Various factors such as chutzpah, obligatory military service, renowned universities, smart big government, a dearth of natural resources, and diversity come together as national characteristics to explain how tiny Israel became a technological powerhouse.”

One of Israel’s greatest gifts to mankind is the drip irrigation, which revolutionized farming in arid zones.

Its inventor, the water expert Simcha Blass, worked hand-in-glove with Kibbutz Hatzerim, a socialist commune in the Negev Desert, to refine the system. Fully harnessed, it conserves water and fertilizer and increases crop yields.

The drippers were manufactured by Netafim, a company established by the kibbutz in league with Blass in 1966. Once Netafim was commercially viable, Blass filed for a patent to protect his intellectual property. In the early 1970s, he sold all his rights to Netafim for a large sum of money.

“Today, Netafim is playing a key role in feeding the chronically undernourished and cultivating more crops. The company helps farmers, cooperatives and governments conserve more water for the greater benefit of all.”

The system has been sold in 110 countries, including those without diplomatic relations with Israel.

Shlomo Navarro, a food storage expert, developed the Grain Cocoon, a hermetically sealed bag which has averted famine throughout the Third World.

Composed of polyvinyl chloride, a strong material which doesn’t tear easily and kills bugs, the bag can hold anywhere from five tons to 300 tons of rice, grain, spices and legumes.

Many farmers in Africa and Asia still use burlap sacks to store their crops, but these bags can be infiltrated by insects, rodents and other pests, resulting in the loss of roughly 1.3 billion tons of food annually. The Grain Cocoon, which was officially introduced in the early 1990s, solves this problem.

Navarro’s company, GrainPro, has sold millions of its units in the developing world.

Solar panel water heaters are ubiquitous in Israel. But before the physicist and engineer Harry Zvi Tabor came along, Israel had a problem. Fuel was scarce and brownouts were so common that the government forbade the heating of water between 10 p.m. and 6 a.m. Israel needed a cheap and reliable energy source to serve its growing population. Hence the solar panel water heater.

Tabor’s invention met with resistance at first. But after the 1973 energy crisis, brought on by the Yom Kippur war, things changed. In 1976, the Knesset  passed legislation requiring every building in Israel constructed after 1980 to have solar water collectors. This law has saved untold millions of dollars, says Jorisch. “Today, about 90 percent of all households in Israel use Tabor’s invention — and many buildings … are powered entirely by solar energy.”

The PillCam, an ingestible camera with a radio transmitter about the size of a multivitamin, has revolutionized medicine. The brainchild of Gavriel Iddan, it enables doctors to conduct examinations of the colon and small intestine in a far more comprehensive manner than traditional methods. It is also more comfortable for patients than endoscopys.

“Today, capsule imaging is the most common way to conduct an endoscopy,” writes Jorisch. “And although there are now competitors, PillCam controls 90 percent of the market share. More than two million patients have ingested a PillCam device since 1998, and more than five thousand medical facilities in more than seventy-five countries are using it.”

Invented by the medic Bernard Ben-Natan, the Emergency Bandage is a sterile pad that stops the flow of blood. Unlike traditional bandages, it comes with a handlebar that can provide up to 30 pounds of pressure to stanch bleeding. Applied to U.S. Congresswoman Gabrielle Giffords after she was shot in the head in 2011, it saved her life.

Since then, the Emergency Bandage has been purchased by the Israeli, British and Australian armed forces, and has been used in Iraq and Afghanistan.

Part ambulance and part motorcycle, Eli Beer’s ambucycle is a retrofitted mini-ambulance which carries a trauma kit, an oxygen canister, a blood sugar monitor and a defibrillator. It isn’t meant to replace the traditional ambulance, but is able to shorten the time it takes first responders to deliver life-saving medical services. In a country like Israel, plagued by terrorism, the ambucycle is a life saver.

The Iron Dome, a short-range missile interceptor, was developed to counter Hamas rocket barrages from the Gaza Strip. Two scientists, Danny Gold and Chanoch Levine, were instrumental in designing it. The United States pitched in with financial assistance. By March 2011, the Iron Dome was operational. It can detect and intercept missiles, artillery shells and mortars.  It can also strike aircraft, helicopters and drones.

During the 2014 Gaza war, the Iron Dome protected Israeli cities. Its success rate was 90 percent. If Hamas rockets had hit their intended targets and caused widespread civilian casualties and property damage, the war would have lasted longer and resulted in more fatalities on both sides.

Over the past three and a half decades, birds — storks, pelicans, buzzards and eagles — have crashed into Israeli jets, causing immense losses. In fact, birds have caused more damage to Israeli planes than all Arab enemy armies combined. 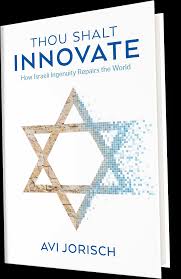 The ban has reduced bird strikes by 76 percent, saving aircraft and the lives of pilots and birds.

Leshem’s work has had a global impact, as have all the other inventions produced by Israelis.