The 40th edition of the Cairo International Film Festival, which will take place from November 20-29, made news recently by cancelling an award due to be given to the French Jewish movie director Claude Lelouch. 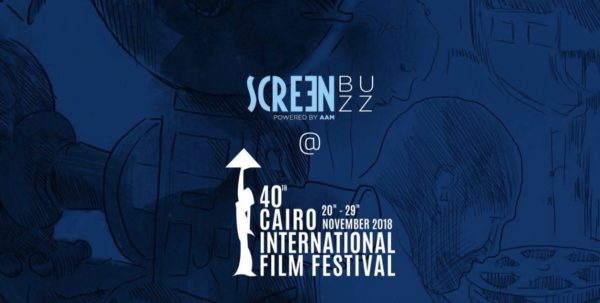 Lelouch, whose film A Man and a Woman won the coveted Palme d’Or prize at the 1966 Cannes Film Festival, was to have received the Faten Hamama Honorary Award for his body of work. But after a group of Egyptian directors, actors and cinematographers raised objections, the festival, the oldest one in the Arab world, cravenly caved in to their demand.

The protesters, including the actress Fardous Abdel Hamid, the director Mohammed Fadel and the cinematographer Saeed Shimi, argued that the award should be withdrawn because Lelouch, the 80-year-old scion of an Algerian Jewish family, is a “supporter of Israel” and has called it his homeland. In a statement posted on Facebook, they said that honoring him would be a violation of the Egyptian Federation of Artistic Unions’ position that rejects all forms of normalization with the “Zionist enemy” and its supporters.

At first, the president of the festival, Mohammed Hefzy, rebuffed their demand. “We should not consider every director and artist who has visited Israel to be an enemy of the Arabs,” he said. “But if we act like this,” he warned, “we would remain isolated.”

The Egyptian film critic Magda Khairallah concurred, saying that Arab filmmakers regularly attend festivals to which Israelis have been invited. “I’m against these double standards,” she said. “Normalization with Israel has become a loose term.”

These  critiques had no effect on Hefzy. Bowing to pressure, he capitulated, revoking Lelouch’s award.

It was not the first time a controversy of this kind had occurred.

A decade ago, the Arab actor Amr Waked was criticized for having appeared in House of Saddam, a BBC mini-series, with the Israeli actor Igal Naor, who portrayed the Iraqi dictator Saddam Hussein. In 2010, the Cinema Syndicate in Egypt accused the actor Khaled Nabawy of “normalizing ties with Israel” by starring in the movie Fair Game alongside the Israeli actor Liraz Charhi.

As is plainly evident, normalization is a highly contentious issue among Arabs.

Egypt and Jordan, the only two Arab countries that have signed peace treaties with Israel, have never had warm bilateral relations with the Jewish state. At best, they have each maintained a cold peace with Israel, probably because the Palestinian problem has yet to be resolved. Until then, Israel will continue to be unpopular in Egypt and Jordan, and cultural exchanges, for all practical purposes, will be kept to an absolute minimum.

Still, as Egyptian President Abdel Fatah el-Sisi noted on November 4 in a speech to the World Youth Forum in Sharm el-Sheikh, Egypt’s nearly 40-year peace treaty with Israel is “stable and permanent.”

On the day he spoke, Egypt’s new ambassador to Israel, Khaled Azmi, arrived in Tel Aviv to assume his post. A week earlier, the Israeli foreign ministry announced that Israel’s first female ambassador to Egypt, Amira Oron, had been appointed to replace the incumbent, David Govrin.

Like his predecessors, Azmi will focus on security issues, which are of crucial importance in this age of rampant terrorism.

“We have an excellent relationship (with Egypt) on the levels of the military and intelligence,” said Yitzhak Lebanon, who was Israel’s ambassador to Egypt when an Egyptian mob ransacked the Israeli embassy in Cairo in September 2011. “We have great cooperation in fighting terrorism.”

“But we still have not seen a change in our bilateral relations,” he added in a significant aside. “What I mean is there is not much exchange in things like culture, agriculture and sport.”

Although Egypt maintains tight relations with Israel where security is concerned, the Egyptian government is in no hurry to normalize its relationship with Israel across the board. As the Cairo International Film Festival flap starkly illustrates, neither Arab governments, nor Arab elites, are prepared to normalize ties with Israel until the Palestinians achieve statehood.

Israel would be foolish to ignore this reality.