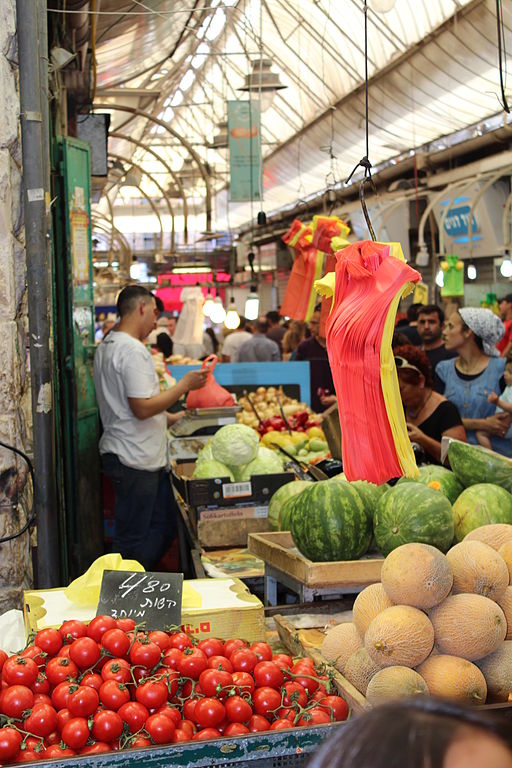 The sights, sounds and aromas of Israel’s largest outdoor market, Mahane Yehuda, are there to be savored.

One of western Jerusalem’s top tourist attractions, it’s a jumble of shops and stalls, a place of sensory delights for gourmets and gourmands alike.

Crowded with shoppers, especially as the Sabbath approaches, it resounds to the shouts of vendors enticing potential customers. 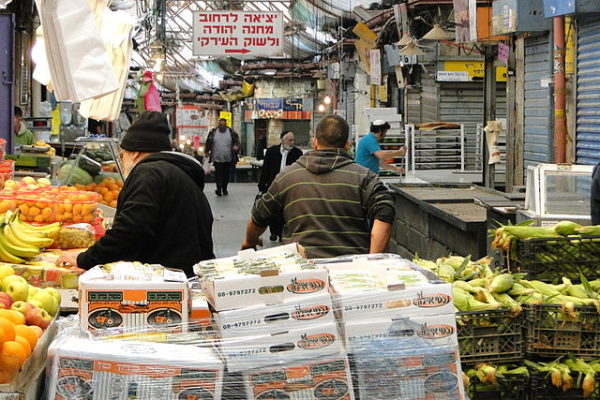 Considerably bigger than Tel Aviv’s Carmel market, it calls attention to itself. 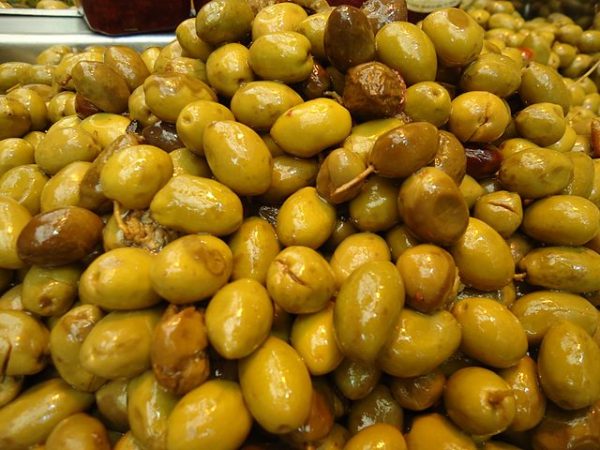 The tomatoes, peppers, cucumbers, onions, eggplants, zucchinis, grapes, apples, oranges and pears are a feast for the eyes and a testament to the skills of Israeli farmers.

The loaves of white and black breads, sold in different sizes and shapes, look tantalizing, as do the rolls sprinkled with sesame seeds, the burekas stuffed with feta cheese and spinach and the pastries flavored with streaks of icing sugar and dabs of cinnamon.

The scent of spices and herbs, ranging from black pepper and cardamon to basil, and sumac, is heady and fills the nostrils. 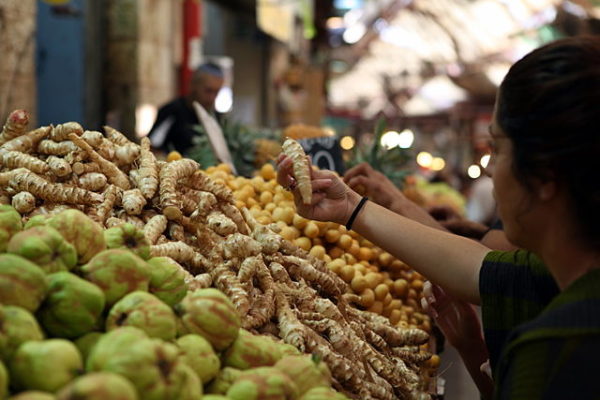 The waft of roasted coffee permeates the air deliciously, and the delicate fragrance of exotic tea summons up images of peaceful hillsides in Darjeeling, India.

Arrayed in shades of green, purple, black and brown, the olives glisten like precious jewels.

Slathered in brine, the pickles glow. 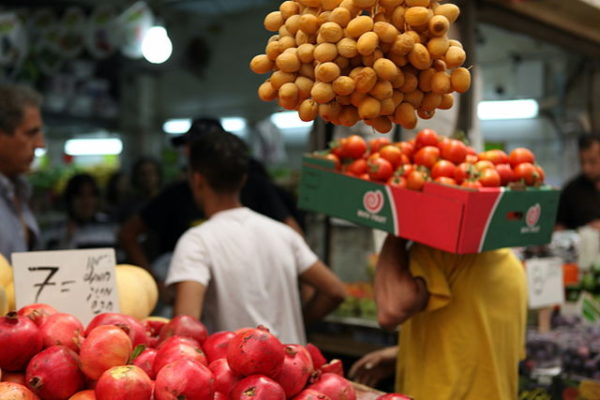 Slabs of halva, some speckled with nuts, beckon.

The displays of appetizers — from hummus to baba ghanouj — speak to the ingenuity of Middle Eastern cuisine.

The quality of the pickled herring and smoked fish seem beyond reproach. The varieties of cheese, domestic and imported, are impressive. 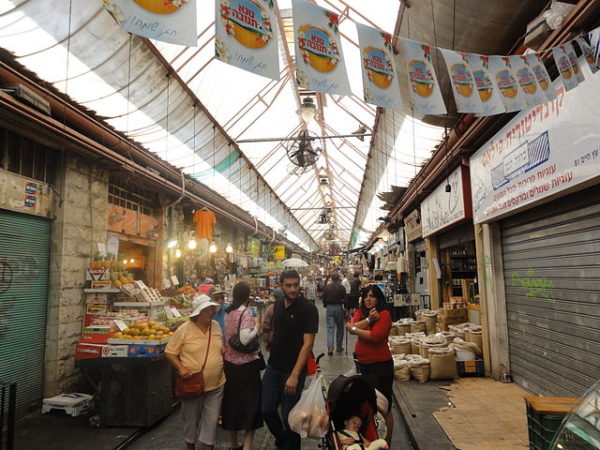 You can buy meat here, but the displays are less visually appealing. The same goes for household appliances and clothes.

Around the market are falafel stands, which cater to fast food devotees, and Middle Eastern restaurants, some of which have stellar reputations.

The market, the scene of several terrorist bombings since the Six Day War and the second Palestinian uprising, is safer than ever before, but is still closely guarded by police.

Parallel to the market is a gentrified neighborhood of charming residential buildings clad in Jerusalem stone and decorated with arched windows. Young, upwardly mobile professionals buy dilapidated buildings here and convert them into stylish homes that might appear in Architectural Digest.

The cobblestone streets are perfect for a casual stroll.

This district was originally settled by Jews in the 19th century, when Jerusalem was still an Ottoman backwater. Among the families that set down roots here were the Navons, which produced an Israeli president, Yitzhak Navon.

Meah Shearim, one of Jerusalem’s oldest neighborhoods, is close at hand. One of the first areas to be established by Jews outside the walls of the Old City, which is mainly inhabited by Palestinian Arabs, Meah Shearim is a facsimile of an East European shtetl, what with its narrow streets, clothes lines, synagogues, yeshivas, small shops, and posters and signs on walls and poles announcing deaths, weddings, community events, lectures and sales.

Inhabited primarily by followers of ultra-Orthodox sects, some of which are anti-Zionist, this insular enclave is blind to current fashions and demands sartorial modesty.

Mothers, a few still in their teens, push baby carriages, attesting to the phenomenon of early marriages in this seemingly timeless neighborhood.