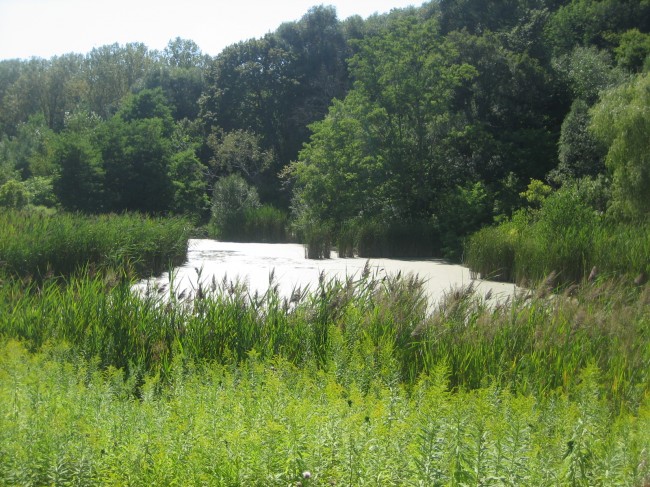 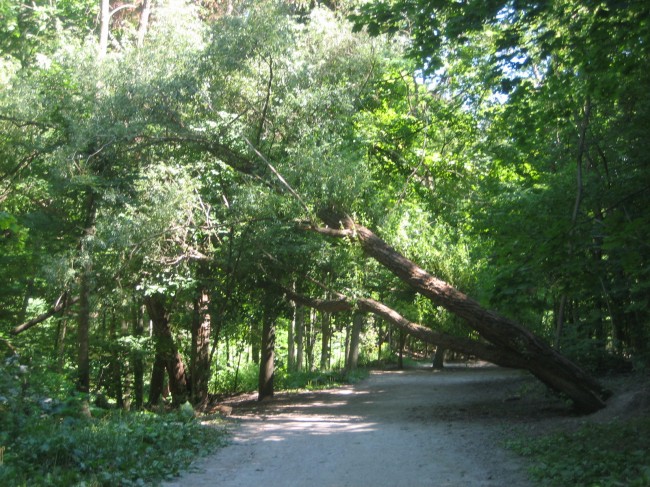 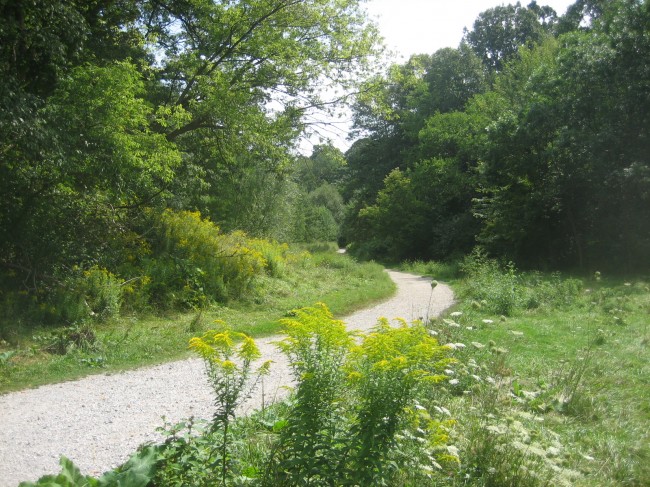 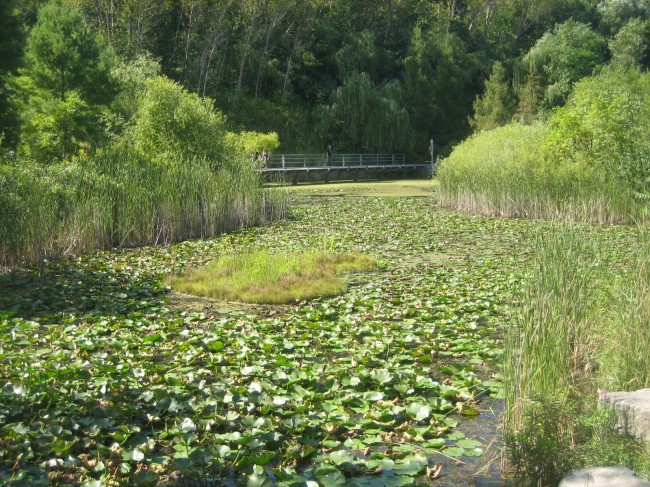 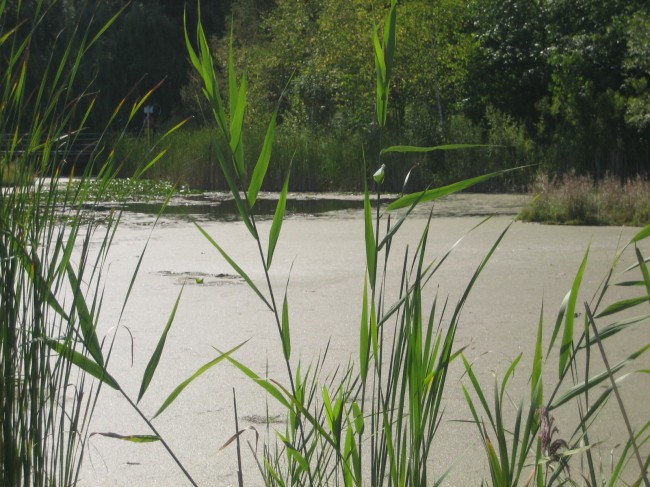 Gouged out by the crushing forces of nature during the last Ice Age 12,000 years ago, the ravines of  Toronto form an enchanting urban forest in the heart of Canada’s biggest city.

More than a century ago, when wilderness areas were usually regarded as expendable, the ravines were ravaged by logging and industrialization. But in the last 15 years, the city has made commendable and fruitful efforts to protect them as an inviolable trust

In the Don Valley Ravine, one of the city’s largest, a brick factory that turned out 43 million bricks annually at its peak has been transformed into a peaceful and beautiful conservation and recreational area.

And in Mud Creek, a tributary of  the Don River that leads to the former brick factory, a restoration project is currently underway to reduce and prevent soil erosion and slope instability.

I’m drawn to ravines because I love nature. Unlike the film director Woody Allen, it does not make me nervous.

Although I’m not a tree hugger, I’m calmed by the simple yet profound sights in a ravine: a grove of mature and healthy trees glowing under an open sky, a pasture brimming with a profusion of wildflowers, a pond shimmering in the sun and a stream meandering through a glade.

I inherited an appreciation of the outdoors from my mother, Genya, who always enjoyed a drive to the countryside or a picnic in a park and who treated her tropical house plants like beloved children.

In my travels, I have often chosen wild destinations where it was possible to hike up a mountain, trek through a jungle or a forest or explore a desert. What comes to mind are the highlands of Venezuela, the Amazon basin of Brazil, the lowlands of  Costa Rica and Panama, the Black Forest of Germany and the Sahara of Morocco.

Back home in Toronto, far from these exotic places, I venture into the network of ravines, walking or cycling.

The closest ravine to my home is the Nordheimer, which is named after a German-Jewish immigrant, Samuel Nordheimer, who settled in Toronto in 1844 and amassed a fortune as a piano manufacturer.

When my two daughters were very young, I took them toboggining in the ravine, enjoying the thrill of barrelling down a hill without turning over in the snow. In recent years, however, toboggining has become virtually impossible because clusters of trees have been planted on the slopes.

I approach the Nordheimer Ravine from a shady and secluded street that runs into Spadina Road. I walk down a flight of uneven wooden steps, which the city does not maintain in winter, and under a bridge until I reach the bottom. From this vantage point, I can see the St. Clair reservoir.

Usually, I have company, with joggers, strollers and the odd cyclist abounding. There are open spaces, but shade is provided by a canopy of Norway and Manitoba maples, oaks and cottonwoods.

On either side of the narrow ravine are the palatial homes and manicured back yards of Forest Hill. Two wetland restoration projects have made the ravine a better place ecologically.

It’s hard to imagine today that the ravine, which ends on Boulton Street, was once endangered by a plan to build a section of the Allan Expressway through it. Fortunately, a city-wide outcry stopped the misguided project dead in its tracks.

Mud Creek,  close to Moore Avenue and about two kilometres east of the Nordheimer ravine, merges with the Don Valley Ravine, which is in the lower Don River watershed.

Parts of the ravine seem untouched and unspoiled, an amazing preserve in a major Canadian metropolis. It remained relatively pristine because  its gravelly and sandy soil was unsuitable for agriculture. But in the 19th century, logging companies harvested its trees, and from 1889 to 1984, the brick works contaminated the soil and damaged the eco-system.

Thanks to the efforts of a group of concerned and civic-minded citizens, the ravine has been rejuvenated. The crumbling buildings have been renovated, while the quarries have been converted into idyllic lily ponds. Paths cut through the park, making it easy to get around, and benches enable visitors to enjoy the rustic views.

I always cycle to the ravine from Mud Creek, and when I’m in its sylvan depths, inhaling its cool air and admiring its intrinsic beauty, I feel I’m in a special place, seemingly far from the madding crowd and the stress and strain of urban life.