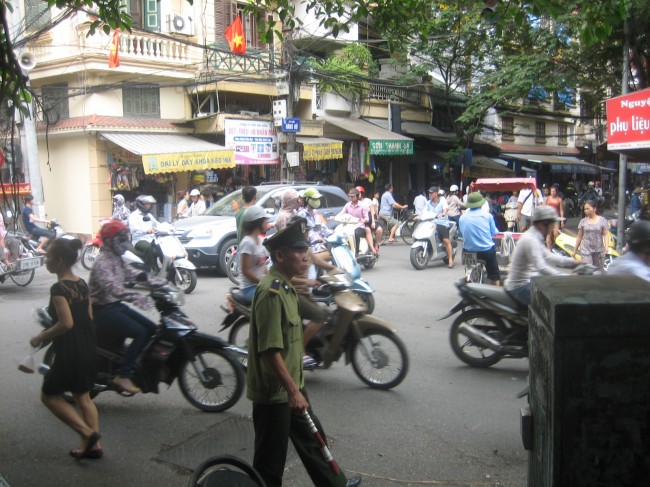 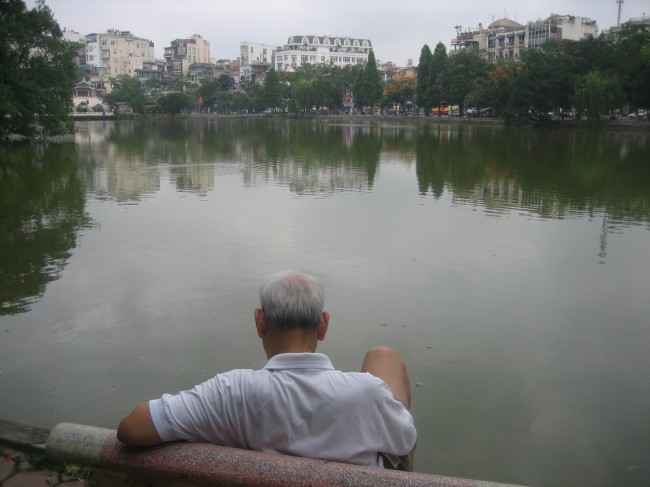 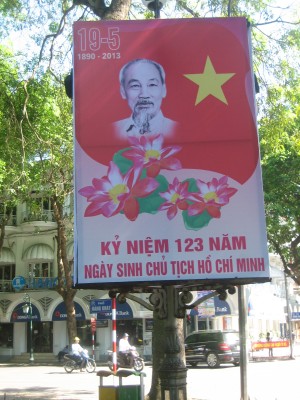 When I was a university student in the mid and late 1960s, the war in Vietnam was big news. Rarely a day passed that the local newspaper, the now-defunct Montreal Star, did not carry at least one story about it, sometimes displaying it on the front page.

As portrayed in the media, Vietnam was a nation scarred by warfare, while Hanoi, its capital, was depicted as a city suffering under the duress of American bombing raids. For years, this was the image of Vietnam I carried in my consciousness. Vietnam, to me, was synonymous with the horrors of war.

My impression changed after my first visit to Vietnam in the late 1990s. Vietnam was lively and colourful rather than drab and colorless. Hanoi was bustling, bearing no visible scars of the past. The Vietnamese, far from having been ground down by years of conflict, were friendly, open and curious.

Returning to Hanoi a few months ago after an absence of 15 years, I discovered it has essentially moved on and more or less left the war behind.

Hanoi, 1,700 kilometres from the southern city of Ho Chi Minh, is a sprawling metropolis of 2.6 million inhabitants. But for a tourist, virtually everything of interest can be found in the adjacent old and colonial quarters.

Consisting of some 40 streets, the old quarter is a crowded maze of shops, restaurants, cafes and warehouses. Merchants selling similar goods tend to congregate on the same street. If you’re looking for incense, go to this street. If you want to buy handicrafts, go up that street. It’s all so organized and relatively easy to navigate.

In the main, shops look as if they were dredged up from two of or three generations ago. They tend to be small and dim, the bright sunshine outside notwithstanding, and comparatively few are air conditioned, despite the tropical climate.

There are fancy malls, but they are mostly frequented by well-to-do Vietnamese and foreigners and seem as if they were cavalierly plunked down on Hanoi.

Hoan Kiem Lake, on the edge of the old quarter, is Hanoi’s historical and cultural center. Shaded by tropical hardwood trees, the lake attracts strollers, joggers, shoppers and lovers at all hours of  the day and night.

One humid morning, on the day of my departure from Vietnam, I went down to the lake at 6 a.m. and the paths around it were it already fairly congested with perspiring tai chi enthusiasts of all ages and physiques. Still other people were stretching their legs, bending, jogging or simply admiring the motionless lake. The city was still in the process of waking up from a night of slumber, and a downpour had left puddles everywhere.

During hot summer afternoons, the district near the lake tends to be quieter, though not necessarily uninteresting. As I sat on a bench next the lake one late afternoon, two Vietnamese high school students tentatively approached me, asking whether I could help them with their English lessons. I read their essays and corrected them for grammar, spelling and punctuation. They appreciated my assistance, and I was pleased to be of service.

As evening approaches and the air becomes less oppressive, the streets around the lake fill up quickly. Garish neon signs switch on, bathing the area in glowing shades of crimson, yellow and blue. Orderly queues form in front of ice cream shops. Café patios, redolent of strongly-brewed coffee, are filled to the brim. Stores selling the latest electronic gadgets, the real things or knockoffs, are brightly lit.

The colonial quarter was colonized by the French during the Indochine era, and today it is dotted with a wide assortment of villas and mansions and bisected by broad tree-lined boulevards, giving off a whiff of pre-World War II Europe.

Not surprisingly, the majority of embassies, set in park-like settings behind high fences, are located in this part of town.

The Ho Chi Minh Mausoleum, where the embalmed corpse of Vietnam’s founding father lies in state much of the year, is nearby.

Opened in 1975 after two years of construction, and modelled after Lenin’s Tomb in Moscow, the mausoleum promotes and encourages a cult of the personality around Ho Chi Minh, who was born in 1890 and died in 1969.

Uncle Ho, as he is popularly known, was both prime minister and president of Vietnam at various times from1945 onward. He left instructions to be buried, but his wish was manifestly ignored.

Since long lines form in front of the gray granite mausoleum on most days, you should arrive early, before opening at 7:30 a.m. I arrived too late, at around 11 a.m., and the queue was interminably long.

Not willing to wait in the hot sun for hours, I left, walking around the corner to the museum dedicated to Uncle Ho’s life. Vast in scale and reverential in spirit, it pays homage to a revolutionary hero who fought the Japanese, the French and the Americas. His life and career unfold through the medium of exhibits, statues, photographs, videos, documents, books, postage stamps and videos.

He comes off as a simple man of the people who devoted himself, body and soul, to a noble cause.

For a complete change of pace, visit the Vietnam Museum of Ethnology, about a 10-minute ride by taxi from the mausoleum.

The museum focuses on Vietnam’s 54 ethnic groups, from the majority Viets to the minority Yaos, and on display are wooden dolls, stringed instruments, silk and cotton garments, bamboo and rattan hats, ceremonial swords, handicrafts and the like.

A permanent outdoor exhibit showcases the traditional houses of the people of Vietnam.

Tay buildings from the Dinh Hoa region rest on very high stilts. Bahnar communal homes from the Central Highlands reach a height of 19 metres. Ede longhouses from the same area are more than 42 metres long and can accommodate extended families.

These unusual structures, symbols of rural and old Vietnam, are disappearing rapidly in the face of urbanization and modernization.