Are you in the mood for some eclectic reading material? Sit back in your chair and enjoy the company of these books, published recently. 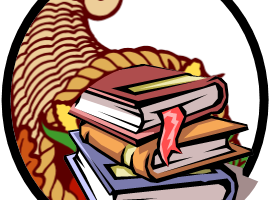 The major league baseball season is in full swing throughout Canada and the United States. As you may know, American Jewish athletes, from Hank Greenberg and Sandy Koufax to Al Rosen and Shawn Green, have played a significant role in the sport. Off the field, Jews have made contributions, too. Bud Selig is the commissioner of baseball, and six of the teams have Jewish proprietors. In addition, Jewish sports writers like Roger Kahn, Murray Chass and Ira Berkow have covered the baseball season with distinction.

The Jewish dimension in baseball unfolds in American Jews & America`s Game, written by Larry Ruttman and published by the University of Nebraska Press. Covering the period from the 1930s onward, the book is wide-ranging in its scope.

The paperback edition of My Promised Land (Spiegel & Grau), by the Israeli journalist Ari Shavit, is now in book stores. In this acclaimed work, he expertly melds history and personal recollections, producing a balanced narrative of Israel’s birth, its development as a nation and the problems and dilemmas it has faced ever since. Shavit knows the country exceedingly well and his deep knowledge is reflected in virtually every page. 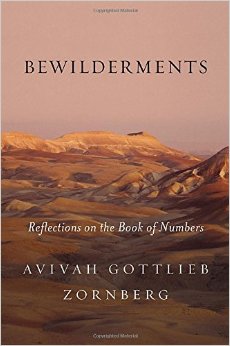 The Book of Numbers looms large in biblical lore, chronicling the journey of the Israelites from Egypt to the Land of Israel. Avivah Gottlieb Zornberg, in Bewilderments: Reflections on the Book of Numbers (Schocken Books), explores this complex landscape with erudition and skill. A British scholar, she began writing it after delivering a series of lectures to rabbinical students at Boston Hebrew College.

Jim Shepard’s novel, The Book of Aron (McClelland & Stewart), takes place as the Holocaust devours its Jewish victims in wartime Poland. Aron, a young boy, and his family are driven from the countryside to the Warsaw ghetto. Conditions worsen amid hunger, treachery and betrayal. As the plot thickens, Aron meets Janusz Korczak, the director of a doomed Jewish orphanage. Moving and heart-breaking, The Book of Aron is a testament to human resilience and the redemptive power of love. 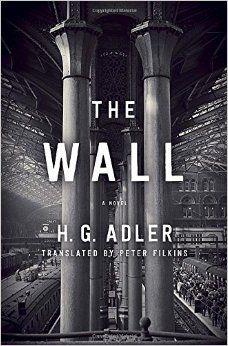 The final installment of the late H.G. Adler’s trilogy on the Holocaust, The Wall (Random House) is based on his personal experiences. It’s the story of a survivor who struggles to come to terms with the nightmares of the past, including the death of his wife. Grappling to find solace in the postwar world, he finds it in the love of his second wife and children. Originally published in German, this is a novel that transcends the pain of a one person.

Robert Kaplan, the American journalist, gives readers a tour d’horizon of the world’s hot spots in The Revenge of Geography (Random House). He deals with, among topics, the conflicts in the Middle East, the ambitions of Iran and the rise of China. Kaplan examines these issues through the lens of geography –climate, topography, land allotment and the like. He’s produced a thoughtful and useful primer of what the future may hold in store.